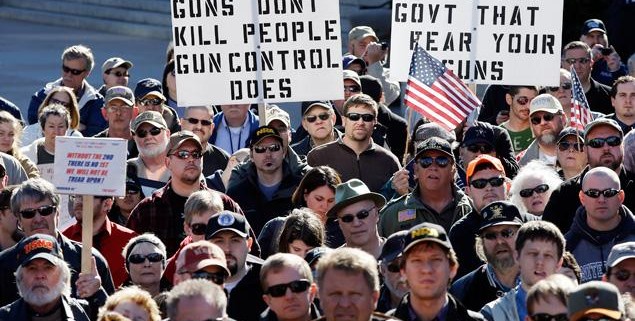 Thousands of law-abiding Illinois firearm owners will converge on the state capitol on Wednesday, April 6th to remind the General Assembly that concern for gun rights remains high across the state.

Wednesday’s event, widely known as the Illinois Gun Owners’ Lobby Day (iGOLD), will kick off with a rally at the Prairie Capitol Convention Center at 10:30 followed by a march to the Lincoln Steps where the group will be addressed by legislative leaders.  From there, gun owners will enter the Capitol building to meet with their respective State Senators and State Representatives.  The topic of the discussion will be, of course, gun rights.

“These are interesting times for the United States, and Illinois,” commented ISRA Executive Director Richard Pearson.  “Nationwide, interest in firearms is skyrocketing – primarily out of the public’s fear about crime and terrorism.  Here in Illinois, first time FOID card applications are being filed at a record pace and the monthly tallies of firearm purchase background checks are setting records of their own.”

“Firearm instructors are swamped with requests for training.  Shooting ranges are packed not only on weekends, but during lunch hour and after work as well,” continued Pearson. “We’ve had a number of new shooting ranges open up in the Chicago area yet the lines of people waiting to shoot continue to grow.  Let’s face it – firearms and the shooting sports become more and more popular as the months go by.  Nevertheless, extremists in the General Assembly continue to call for unacceptable gun control measures designed to hobble the free exercise of our Second Amendment rights.”

“Since 1990, law-abiding gun owners have come to Springfield each spring to advise their Senators and Representatives to stay true to the Constitution and to turn back pointless efforts at gun control, continued Pearson.  “That is why gun owners are coming to Springfield on April 6th and that’s why they’ll be back next spring and many springs after that.  The General Assembly needs to come to grips with the fact that gun ownership is here to stay and that we’re here to protect that right no matter how long it takes.”

The ISRA is the state’s leading advocate of safe, lawful and responsible firearms ownership.  For more than a century, the ISRA has represented the interests of millions of law-abiding firearm owners.