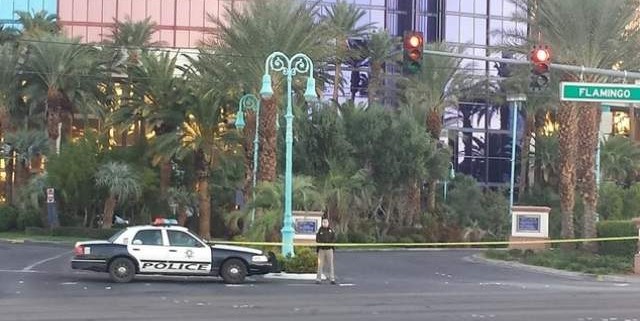 On August 5, a man and woman were getting out of their car at an apartment complex in Las Vegas “when three black males came up” one of whom had a gun and demanded the woman hand over her purse. The man then pulled his own gun and shot the armed robber, causing the other two to flee.

The incident took place at about 9:25 p.m. “near Spencer Street and East Tropicana Avenue.”

According to 3 News, witnesses at the apartment complex confirmed what the couple told police, and “a weapon believed to belong to the suspect also was recovered at the scene.”

Metro police summed up the incident by saying the “three men (allegedly) approached a couple in their car, one of them armed with a gun. He tried to take the woman’s purse [and] the man in the car pulled out a gun and shot that suspect.” The suspect was taken to Sunrise Hospital, where he died.

The two suspects who fled are believed to be “black men in their late teens or early 20s.”

Susan Russell lives in the same complex where the incident occurred, and she said the news convinced her to get a gun. She said the news scared her, so she “went to the gun store.”

Russell said, “I’m not against guns. But I’m against criminals using guns for criminal activities.”