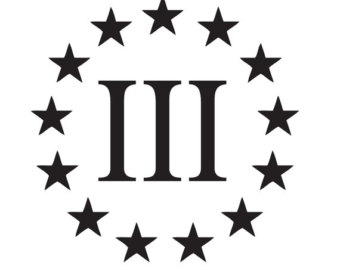 The term 3%’ers (III%’ers or 3 Percenters) refers to the claimed 3% of colonists who fought in the American Revolutionary War against the British to achieve American independence. Today, another group has taken the statistic as a title with what they see as the same mission. Resisting authoritarianism, tyranny, and upholding the constitution. To the radical liberal plague enveloping the college scene of America, some of the 3% might appear as a bunch of redneck vigilantes fringing on the grounds of racism. Presumptuous feelings aside, to understand the movement you must review ancient history; the 90’s. 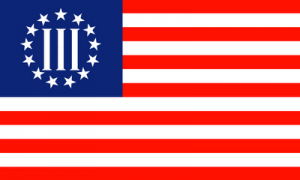 The birth of the 3%’er movement was not an anomaly. In the wake of the Columbine shootings, people were gravitating heavily towards the idea of gun control. Every person had their opinion on the issue, and some were even in favor of the U.S implementing the same policies, ironically, as Britain. To one who follows the constitution strictly, this is was a nightmare, especially after 1994 which introduced the Federal Assault Weapon Ban which, whether you like the amendment or not, infringed on the right to bear arms. The main focus being that weapons with such stomping power should not be of easy access to those with the intent to cause harm to innocent people. However, the 3%ers and many other Americans, as well as many outside of the U.S, recognize this is not a weapons issue but a people issue.

The Obama administration, mostly Obama himself, consistently persuades(with major success)the public that he’s not trying to deny citizens their right to bear arms, but trying to stop criminals from attaining high power or even military grade firearms. This is bullshit. Obama has openly declared assault weapons being available to the public is immoral, and has attempted many times to eliminate guns held by legal carriers off the streets despite the new ‘Wild Wild West’ created by him in Chicago. Basically, Obama, and the rest of the left are saying “You can have guns, just none that can really do anything”, and that’s how the 3%ers perceive this. If the government ever began to enforce laws the citizens disapproved of, we would not be able to defend ourselves due to the fact our equipment could not combat the military’s in a fight to protect our freedom, which denies the purpose of the second amendment that’s already being infringed on, and the idea that a democratic country could turn on it’s own people isn’t abstract to the history books.

Last year in Colorado as many know, Freedom of religion was denied to a Christian bakery for stating it was against their religion to provide cake for a gay couple’s wedding. Now if it was me in that situation, I would say “fuck you” and leave because there’s other bakeries and I wouldn’t want to fund a place of such discrimination. The couple took another approach and brought it to court, and won denying a religious belief that is fundamental in every major monotheistic religion in the world(against homosexuality), and while I have nothing but support for the LBGTQ community, it seems that religious freedom is very dim flame in the Left’s agenda. Across America, cases like this are increasingly common, where religion is open to persecution(unless it’s Islam) and never defended(unless it’s Islam).

Islam, as some are aware, and many unwilling to accept, commits more theological based crime than any other religion worldwide, due to it’s inherently aggressive nature found within the Quran and the dedication of its many followers. This is made especially apparent by the rapid increase of crime in Europe due to the E.U allowing both innocent and dangerous people to flood in from predominantly Muslim countries with absolutely no information as to who any of these people were. The statistics are shocking, as within less than a year of the refugee invasion, the Dailymail reported migrant crime went up 79%. The statistics in Sweden make it clear that since the migration, the rate of rapes has increased. The 3%ers recognize that Islam is a massive potential threat to Western civilization that is both proven and somewhat hidden. The 3%ers have been seen protesting outside of Mosques in the U.S with guns, discouraging Muslims from coming to America and in general being here. And while I don’t support these actions, there is clear evidence to support the notion that the values of Americans, both conservative and especially liberal, heavily conflict with those of the Middle Eastern Islamic community, seeing as how we don’t make it a habit to throw gay people off of buildings or decapitate those with different beliefs. Actions like those mentioned are the inherit threat of allowing undocumented refugees into the U.S, which is why the 3%ers are so concerned with Islam in general. 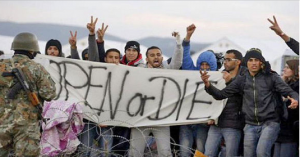 The rise of 3%ers should not be a shock to anyone as some of us have allowed the government to convince us that we can’t responsibly carry weapons, but should trust said weapons in the hands of those who serve under our government who deny the enemy at home and abroad. Denying legal gun owners the right to military grade weapons makes it easy for tyrannical power to come, take control via military force, and push citizens around in the same way the British did to the early colonists(which is why the 2nd Amendment exists), and in the same way Hitler did to the Jewish. It’s also rather terrifying to see our president consistently deny the inherit threat of Islam on American soil and equally as terrifying when a presidential candidate can openly break the law that others have been punished for and be charged with nothing. While I don’t think the U.S army is about to march down the street to impose the will of Obama Christ, are we the people truly to be disarmed of our ability to combat possible government tyranny by a president with the potential to be succeeded by a woman who, despite clear evidence of guilt, walked away from a crime that could put you or I behind bars?