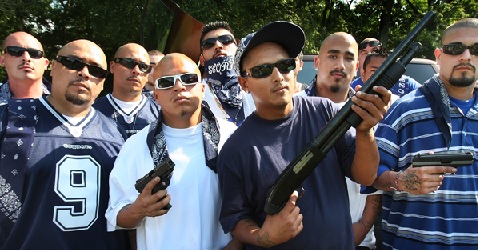 A Wisconsin appellate court on Thursday ruled that the right to keep and bear arms extends to all individuals in the United States, including “unauthorized aliens.”

The 7th Circuit Court of Appeals in United States v. Meza-Rodriguez decided “the term ‘the people’ in the Second Amendment has the same meaning as it carries in other parts of the Bill of Rights” and that the framers could have used the term “citizen” to bestow the right, as they had in other parts of the Constitution, but chose not to.

While the decision was a win for gun rights, as left-leaning website Think Progress noted, it also holds other implications for undocumented individuals living in the country.

Hidden just one level below the surface in Meza-Rodriguez is the question of whether “the right of the people to be secure in their persons, houses, papers, and effects, against unreasonable searches and seizures,” which is protected by the Constitution’s Fourth Amendment, applies to undocumented immigrants at all.

Mariano Meza-Rodriguez was carrying a .22-caliber cartridge when Milwaukee police arrested him on Aug. 24, 2013. Because he was a citizen of Mexico, this possession was illegal under federal law. Police were called to a bar the night of Meza-Rodriguez’s arrested after receiving reports that a man with a gun was there.

After reviewing surveillance footage from that night, investigators believed they saw the man pointing what looked like a firearm. Police then later responded to another bar nearby after receiving reports of a fight. Officers then identified Meza-Rodriguez as the individual in the surveillance video. After chasing the suspect on foot and searching him, officers discovered the cartridge.

The Justice Department argued an undocumented immigrant wasn’t considered a part of “the people” and therefore not subject to search and seizure protections.

The case could go as far as the Supreme Court and if the DOJ argument is favored, it could affect the way illegal immigrants are treated in this country, Think Progress writes.

If this argument ultimately prevails, it will have profound ripple effects that extend far beyond the subject of guns. As mentioned above, the Fourth Amendment also refers to a right belonging to “the people,” so if that term does not include undocumented immigrants, their rights to be free from abusive police tactics could be severely curtailed. Similarly, the First Amendment refers to “the right of the people peaceably to assemble, and to petition the government for a redress of grievances.” Those rights could also potentially be stripped from undocumented immigrants if the Justice Department’s arguments prevail.

The court rejected the DOJ’s argument that the non-citizen cannot be a part of the “the people” because of the lack of commitment to basic obligation to U.S. society, according to analysis from Josh Blackman, an associate professor of law at the South Texas College of Law. The court rejected that notion, Blackman wrote, saying the Second Amendment is not a second-class right.