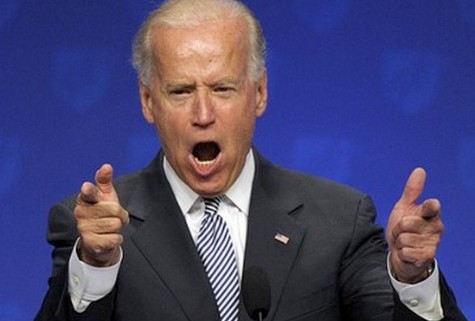 But that’s not what the Second Amendment says.

It says: “A well regulated Militia, being necessary to the security of a free State, the right of the people to keep and bear Arms, shall not be infringed.”

The exchange began when Borger asked Biden: “So does Bernie Sanders has to change position on gun manufacturers in order to have your support and you out there campaigning for him, should he be the nominee?”

Sanders, from gun-friendly Vermont, has been taking flak for not signing onto the Democrat gun control agenda during Obama’s publicity tour. Hillary Clinton has been pounding poor Bernie on the issue as she has little else to outflank his progressivism.

And in a little smack to Hillary and Obama, Biden said he is “okay” with Sanders’ position on the Second Amendment.

Borger did not correct Biden’s reading of the Second Amendment.