The six unconstitutional laws, which take effect Jan. 1, ban the sale of semi-automatic rifles with magazines that can be detached by pressing a button and the possession of standard-capacity magazines holding more than 10 rounds. The magazine ban is not only unconstitutional it violates Article 1 Section 10 prohibiting ex post facto laws. The Federalist No. 78, Alexander Hamilton noted that “the subjecting of men to punishment for things which, when they were done, were breaches of no law” is among “the favorite and most formidable instruments of tyranny.” The laws also require background checks for ammunition sales and limits gun loans between family members only unless done through an FFL dealer.

Bahrami faces an uphill battle to qualify for the Nov. 8 ballot because of deadlines set out in state law, The referendums could spill over to the 2018 election if the deadline is not met, which would suspend the laws until the vote.

Gov. (Moonbeam) Brown signed the bills July 1 then quickly left and hid in Europe, which means Bahrami would need to submit the signatures by Sept. 29.

State law gives proponents of a referendum 90 days from the date the law is signed to gather 365,880 voter signatures. County election officials then have 38 working days to count and sample the signatures before a referendum can qualify for the November ballot. 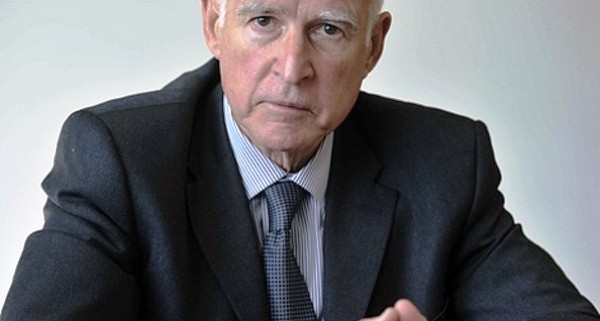 After months of pressure from public interest groups, media organizations, privacy advocates, tech companies, and thousands of members of the public, California’s elected leaders have updated the state’s privacy laws so that they are in line with how people actually use technology today.

CalECPA protects Californians by requiring a warrant for digital records, including emails and texts, as well as a user’s geographical location. These protections apply not only to your devices, but to online services that store your data. Only two other states have so far offered these protections: Maine and Utah.

Here’s what the bill’s authors had to say about the victory:

For too long, California’s digital privacy laws have been stuck in the Dark Ages, leaving our personal emails, text messages, photos and smartphones increasingly vulnerable to warrantless searches. That ends today with the Governor’s signature of CalECPA, a carefully crafted law that protects personal information of all Californians. The bill also ensures that law enforcement officials have the tools they need to continue to fight crime in the digital age.

Senator Leno and I helped bridge the gap between progressives and conservatives to make the privacy of Californians a top priority this year. This bipartisan bill protects Californians’ basic civil liberties as the Fourth Amendment and the California Constitution intended.

EFF, along with the ACLU and the California Newspaper Publishers Association, sponsored the bill from the very beginning, recognizing how the right to be free from unreasonable search and seizure is inherently tied to freedom of speech. Tech corporations also recognized that, following two years of government spying scandals, consumers have lost trust in the companies’ ability to protect their digital information. In response, Silicon Valley’s major players, including Adobe, Apple, Facebook, LinkedIn, Dropbox, Google, and Twitter, all threw their support behind the bill. After months of negotiation, the state’s major law enforcement organizations also withdrew their opposition, stating that the bill struck an appropriate balance between public safety and privacy. The San Diego Police Officers Association further lent its endorsement to S.B. 178, arguing that clear processes for obtaining data would improve their ability to do their jobs, while also protecting privacy.

CalECPA’s passage marks a significant milestone in the campaign to update computer privacy laws, which have been stuck in the 1980s.