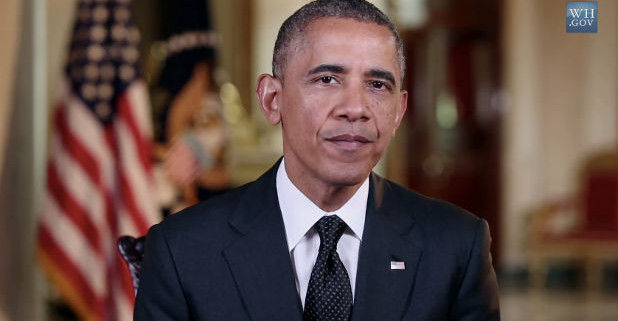 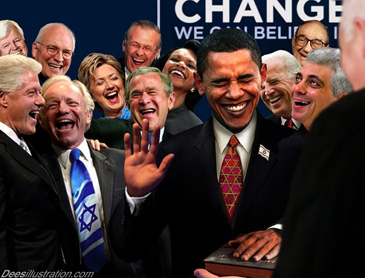 Freedom in America is being systematically destroyed one police state law at a time – with most people ignorant and/or indifferent about what happening.

Washington’s criminal class is bipartisan – in lockstep against government representing everyone equitably and fairly, serving privileged interests only.

If enacted, Section 603 will require online companies to inform Washington of any “actual knowledge” of “facts and circumstances” related to undefined “terrorist activity” – meaning warrantless searches and seizures of personal electronic content will be authorized, potentially subjecting countless numbers of innocent people to unjustifiable scrutiny.

The possibility could encourage self-censorship. Service providers may over-report to show compliance with the law. Online users could be flagged for using suspect words or phrases.

One definition of terrorist activity can be another’s way of describing freedom fighting. Legitimate government criticism could be misinterpreted and misused.

Anyone ideologically opposed to US policies could become vulnerable to arrest, prosecution, conviction and imprisonment for expressing their views online. Police states operate this way.

Senate members overwhelmingly support S. 1705. Before recessing until September, they were set to pass it by voice vote until Senator Ron Wyden objected.

It’ll result in “massive reporting of items that are not likely to be of material concern to public safety.” Wyden said “Internet companies should not be subject to broad requirements to police the speech of their users.”

He knows of no law enforcement or intelligence agencies suggesting Section 603 will help identify terrorists. He urges revision or elimination of this section altogether.

They warned of concerns raised above. Innocent people committing no crimes would be at risk. “Complying with Section 603 would create a chilling effect on constitutionally protected speech and would impermissibly burden individuals’ First and Fourth Amendment rights,” they said.

“Whether a given comment is a true threat of violence, an expression of a sincerely held religious belief, or a simple joke among friends is a determination that providers are ill-suited to make, particularly when the consequence is reporting a person to the government under the suspicion of involvement in terrorist activities.”

Section 603 is unconstitutional. It way oversteps. Under the Electronic Communications Privacy Act, Internet companies may report any content they believe relates to criminality.

“Section 603’s reporting requirement threatens individuals’ constitutional rights to privacy and freedom of expression and would burden US-based providers without providing a clear benefit to law enforcement. For these reasons, we urge you to reject this flawed provision and to remove it from the Intelligence Authorization Act,” the signatories said.

Federal agents have joined with Baltimore police as part of a wide-reaching effort to curb the recent spike in the murder rate.

But there is no surprise here, Obama stated last May: “We have a great opportunity… to really transform how we think about community law enforcement relations,”

“We need to seize that opportunity… this is something that I’m going to stay very focused on in the months to come,” Obama said, as he touted a new interim report from his Task Force on 21st Century Policing.

Interim Police Commissioner Kevin Davis said the effort, launched today, involves personnel from the FBI, the Drug Enforcement Administration, the U.S. Marshals Service, the Secret Service and a few clowns from the Bureau of Alcohol, Tobacco, Firearms and Explosives. Two agents from each agency directly embedding with the Baltimore police department’s homicide unit.

The collaboration, which Davis dubbed “B-Fed,” is the result of the deadliest month in decades with a night in which 10 people were shot — seven of them in one incident. A total of 191 people have been killed in Baltimore in 2015. Forty-five people were killed in July alone, matching the all-time monthly high from 1972, when the city had 275,000 more residents. Forty-two people were killed in May, the month after the death of Freddie Gray who may have killed himself in police custody but was blamed on the police by their elected leaders, sparking riots.

Obama also instructed his media allies back in May to help federalize policing, and to sideline the critics of centralized policing rules. “I expect our friends in the media to really focus on what’s in this report and pay attention to it,” he instructed.

The only question is, will the Federal Agents be immune from prosecution by the district attorney if accused of wrong doing by the political elite?